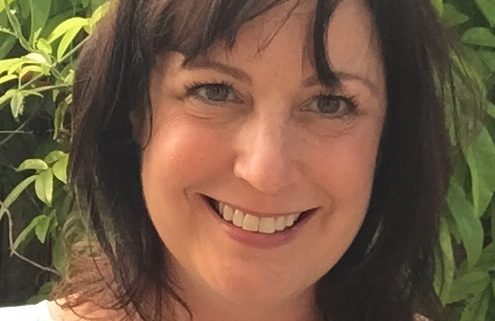 Open enrollment for 2019 health insurance under the Affordable Care Act is about to kick off — as is the annual effort by local health care advocates to overcome a fresh crop of challenges that could deter people from signing up.

Beginning Thursday and running through Dec. 15, subsidy-eligible insurance plans are available on the federal marketplace — HealthCare.gov — that will provide health coverage starting Jan. 1. Four companies are offering plans in the Austin area for 2019, the same as this year.

The United Way for Greater Austin, with support from Travis County’s health district, is providing a call center for information and assistance during the upcoming enrollment period for people who want coverage. To access the service, area residents can dial 211 on their telephones.

The biggest change for 2019 to the Affordable Care Act — commonly known as Obamacare — is that those who opt to forgo health insurance altogether won’t be required to pay a tax penalty.

“Historically, there has been a carrot and a stick” to persuade people without health insurance to sign up for coverage, said Elizabeth Krause, senior program officer in charge of health insurance enrollment at St. David’s Foundation. “We have lost the stick in terms of the tax penalties, but the carrot still exists” because subsidies for health insurance remain available.

St. David’s Foundation, a philanthropic entity funded through its co-ownership of the hospital, plans to spend $500,000 this year — up from about $300,000 last year — to publicize open enrollment and to support community groups that help people sign up for coverage. Krause said the extra spending is aimed at partially offsetting new cuts this year to federal funding for such efforts.

“We’re getting the word out that the Affordable Care Act still exists and there is help enrolling for people who need assistance and there are still discounts available,” Krause said.

But the lack of a penalty for 2019 could nonetheless prompt some people to forgo insurance, which health care advocates fear will leave them financially vulnerable if they suffer unforeseen health problems. If large numbers of relatively young and healthy people decide not to sign up, it also could begin to destabilize the Obamacare insurance marketplace by skewing enrollment too far toward those who are older, sicker and have higher medical bills.

Other recent changes by the Trump administration also could lead to lower Affordable Care Act enrollment.

Federal funding has been reduced for the second year in a row for organizations that help people evaluate their Affordable Care Act options and enroll in coverage. In Texas, the federal money has been cut from $6.1 million last year to about $1.4 million — and none of it is going to groups working in the Austin metro area.

In addition, the administration has cleared the way for the eventual sale of more short-term health insurance policies that don’t have to comply with the Affordable Care Act’s minimum requirements, including coverage of pre-existing conditions. Opponents contend these policies could confuse consumers and leave those opting for them over Obamacare-compliant plans with unpleasant surprises if they haven’t familiarized themselves with the fine print.

“There have been attempts at the federal level to erode the marketplace and really chip away at the viability” of the Affordable Care Act, said Kay Ghahremani, chief executive of the Texas Association of Community Health Plans. The tax penalty in particular “really was a foundation (of the law), and no one knows exactly how (enrollment) is going to play out” without it.

Still, Ghahremani and other health care advocates are taking some solace from open enrollment last year, when a variety of moves by the Trump administration that were viewed as attempts to undercut the Affordable Care Act failed to result in big declines in sign-up numbers.

In the Austin metro area — including Travis, Williamson, Hays, Bastrop, Caldwell and Burnet counties — combined enrollment for 2018 coverage came in at about 93,000 people, or about 85 percent of the previous year. Enrollment was 58,557 in Travis County, 20,660 in Williamson County and 7,817 in Hays County.

“There is a risk (that enrollment numbers could drop this year), but I don’t think the penalty was the biggest driver” fueling sign-ups, Ghahremani said. “There is a lot of evidence that people want health insurance, and there is so much need” for it.

In Texas, the state’s nation-leading rate of uninsured people is evidence of the potential demand. About 17.3 percent of Texans lacked health insurance in 2017, according to the U.S. Census Bureau, a figured that inched up from 16.6 percent in 2016 after declining from just above 22 percent in 2013 — the year before Affordable Care Act coverage took effect.

“There are challenges every year,” Hattemer said. “But we have incredible local support, and the people we work with want to have health insurance and they see the value of having health insurance — with or without a mandate.”

As reported by the Statesman https://www.statesman.com/news/20181027/local-advocates-get-word-out-as-obamacare-sign-ups-set-to-begin-for-2019

Want to join the discussion?
Feel free to contribute!